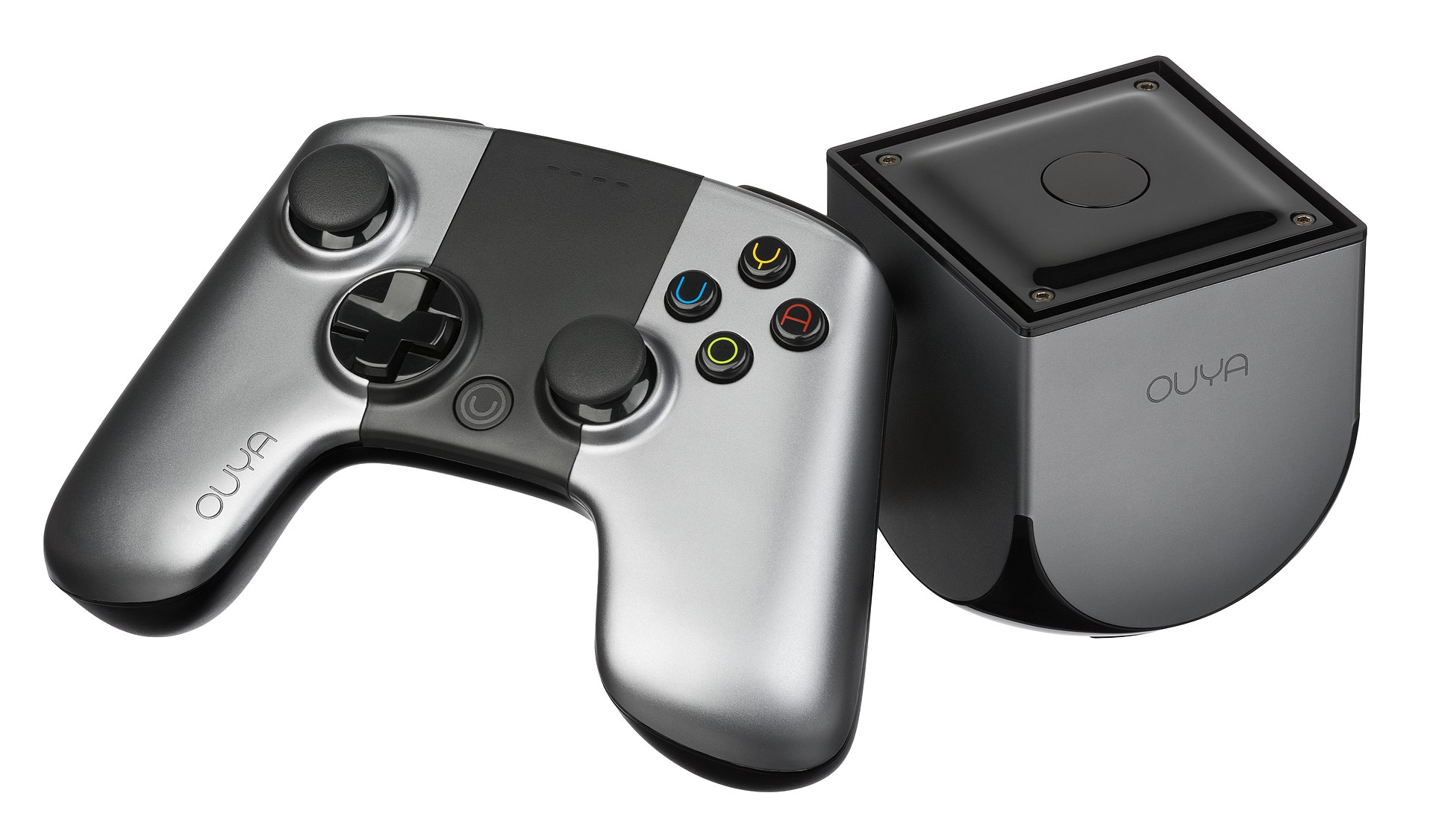 “The Ouya is an upcoming video game console that will be built upon open-source software technology running on the Android mobile operating system. Julie Uhrman, a game industry veteran, founded the project. She brought in designer Yves Béhar to collaborate on the design of the project, and Muffi Ghadiali as product manager to put together the engineering team for the hardware and application framework software. The console is slated for release in March 2013.”
-Wikipedia

So basicaly the OUYA is a cheap entertainment/gaming console that you can hook up to your television, and is running on Android. What this means is that it is open-source, so anyone can make their own adjustments to the software. On top of that, they have also open-sourced the hardware design, so you can actually build your own console if you have the right tools and the knowledge. Mojang (the makers of Minecraft) have claimed that they will release Minecraft for the OUYA, which seems pretty cool to me.

You can pre-order the console on the Kickstarter page. I’ll be looking forward to seeing how this works out, if it catches on and becomes a big thing, or just another fad.