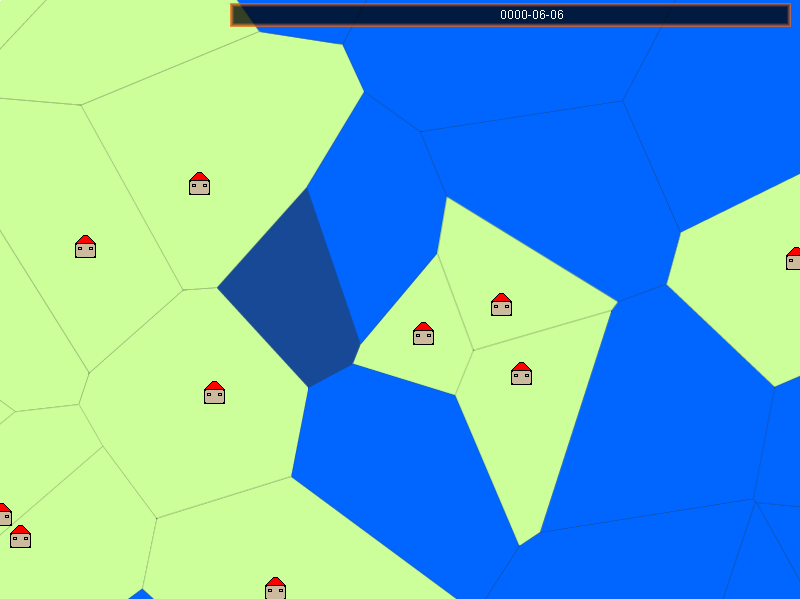 Some thoughts and idea’s for the Voronoi cell strategy game. I’ve added a date timer, which will be the actual date in the world on which events are based. For example, moving an army might take 1 month depending on the distance between two capitals. The water cells don’t have a capital, and can’t be claimed in the usual way. Green cells are land provinces which have a capital and are owned by a faction/house. I want to start with just adding human settlements and maybe later expanding it with elves, dwarves and goblins. Each race will then have its own special features. For example, dwarves might get a bonus on smithing. For now the game is just all you can see in the screenshot above, but I hope to create a very elaborate empire managing game.