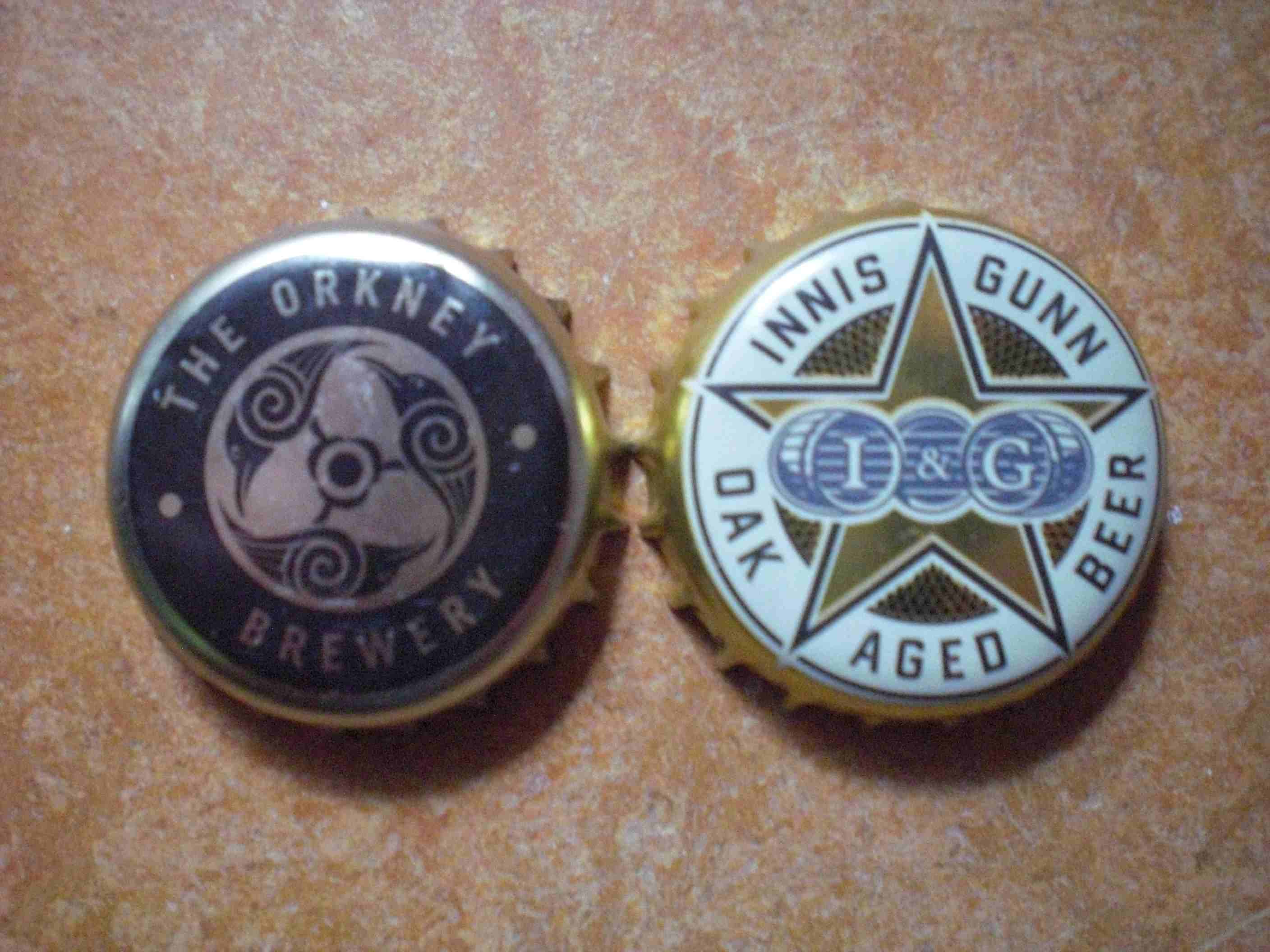 During the summer holidays, I made a trip to London and Edinburgh which was a lot of fun. One of my hobby’s besides making games, is collecting bottle caps. I was able to collect some new ones while in Scotland, two of which can be seen in the picture above. The one on the left reads ‘The Orkney Brewery’ and the one on the right reads ‘Innis Gunn Oak Aged Beer’.

If you are visiting London or Edinbrugh I would highly recommend going to the Brew Dog bars there. They have a lot of novelty beers on tap, for a decent price. If you don’t live in Great Brittain, obtaining Brew Dog beer can be difficult and expensive, as the bottles have to be imported. The bars in London and Edinburgh both have very different vibes: in London (Camden) more modern, industrial and in Edinburgh a more pub-like, wooden style. While writing this post I read that there are actually four Brew Dog bars in London. Next time I will be sure to check them all! 😛